Ready to get started?

The script editor at a glance

We wanted to bring the experience of programming, and have it  conveniently accessed from your browser. Some of its key features are:

- Unlimited version history of your scripts.Availability of Tuned Script and Pine Script languages.
- Immediate feedback through script performance previewing based on the 5,000 most recent candles.
- Access to performance metrics and plotted indicators.
- Library of sample and public scripts to kickstart learning.
- Notice script errors in real-time or in the debug section once you save the script. 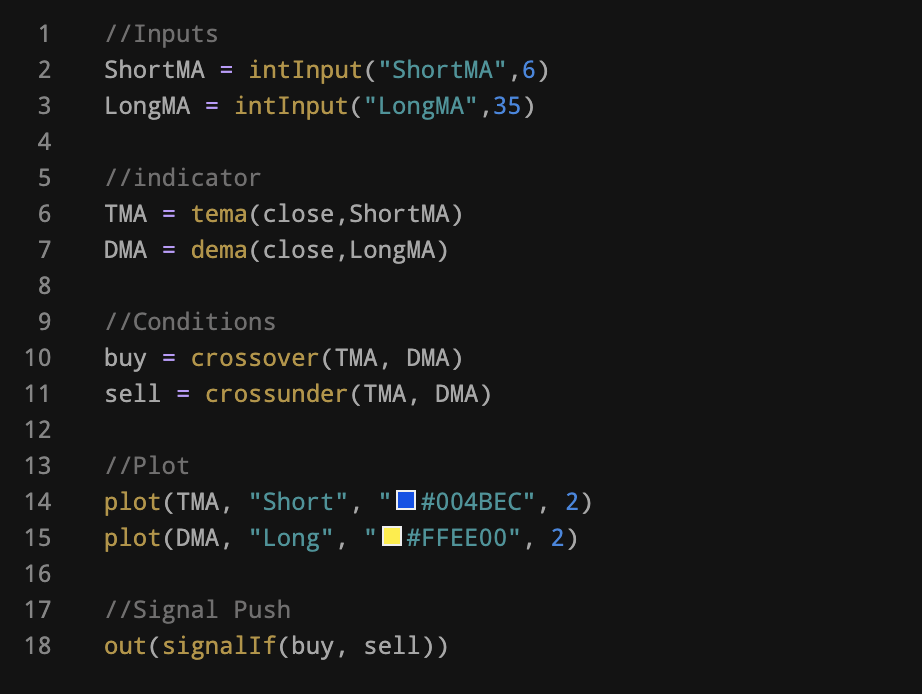