The Number That’s Everywhere, Even Our Markets 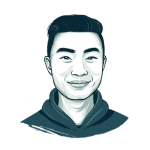 In May 2021, Dogecoin (DOGE) entered the hall of fame when it topped at 0.74 USDT. This growth also popularized a number of other dog-related cryptocurrencies, ahem Shiba Inu (SHIB). We’re not here to speculate on the next DOGE though, or the impact of public figures. Perhaps unsurprisingly, as quickly as the 0.74 USDT peak was reached, price began to fall and Hodlers (investors) were left wondering if they’d made the right decision. During this turbulence, there are a few who probably saw where price was headed, thanks to Fibonacci retracements.

These tools, derived from the Fibonacci sequence, give clarity to some of the most powerful price action patterns. But wait, there’s something we should discuss first.

What is the Fibonacci sequence?

You may have heard of this before, or seen memes involving a particular spiral. It all comes from an infinite series of numbers, where the two previous values are added to create the next.

Numbers from this sequence also happen to appear in the wild. For example, the number of petals on a flower, or the number of spirals in a pinecone tends to be a Fibonacci number. However, there are also plenty of organisms that don’t follow this sequence, so consider it more of a common occurrence.

More interesting than the sequence though is the ratio we get by dividing the numbers in it. The longer this sequence goes, the more decimal places and precision we get. This is often referred to as the golden ratio.

Similar to the Fibonacci sequence, this ratio is also found in nature. You can look to yourself for an example:

It’s also believed that this ratio is pleasing to look at. Some have studied it in the context of facial beauty, while other examples can be found in artwork. Again, like with the Fibonacci sequence, I’m not implying this phenomena to be a rule of the universe. However, it is recurring, and it wouldn’t be a stretch to say we have a cognitive bias for it.

Let me show why it matters.

The golden mean in our behavior

By measuring two extreme points on a chart, a peak and a trough, we can use the golden mean to help predict where a price reversal will land. In the two examples below, the downtrend reached exactly 61.8% of the uptrend before switching directions. Note the precision.

This is known as a Fibonacci retracement and is the most popular Fibonacci trading tool. Its application is simple and can be used on almost any price chart, crypto or equity. With this we can try to anticipate support and resistance levels with more accuracy than hope-based predictions.

0.618 isn’t the only level, but is the most common. The Fibonacci retracement tool is comprised of other ratios, which I’ll also show how to calculate.

For accuracy, let’s use numbers that occur later in the sequence.

Let’s look at some examples:

Combining all these produces one tool, the Fibonacci retracement. Each level is associated with one of the ratios from before. So by measuring the height of an upwards price movement, we can identify levels of support and resistance before price bounces up again.

You can also use this tool in reverse, measuring the depth of a loss and seeing how much positive movement the asset retraces.

Knowing this, let’s go back to our example form the beginning. With a 78.6% retracement overlaid, the DOGE chart is still awful but makes more sense! Had we been watching live, seeing the price bounce off the 78.6% level may have even given enough confidence to buy. That’s not to say it’d be an easy decision. Surely, watching price fall through 0.382 and 0.618 support levels would be demoralizing. This doesn’t change the fact though that we can anticipate where price will land.

Also interesting, notice also that there’s an early dip in the DOGE chart, before the all-time-high. It acts as support later and sits right on the 78.6% retracement line.

Fibonacci retracements are a subjective experience, and aren’t always explicit. They’re often used in conjunction with technical indicators, to better identify support and resistance levels. However, a common criticism is their unreliability. As observed in some examples (50% and 23.6%), there are times when price bounces off a fibonacci level, only to fall further in the future.

So like the Fibonacci sequence and golden ratio, Fibonacci retracements aren’t a universal solution. However, being the first to identify patterns in markets is exactly how you capture profits. In other words, there’s a reason this tool has persisted for so long. Remember as well, that the accuracy in many cases is astonishing. What could be the harm in trying? I hope that with this you’ll consider adding one more tool to your belt.

Simao Ferreira January 22, 2022
In this article, we’ll explain why the Average True Range (ATR) indicator is important, and how to properly use it in algorithmic trading. Table of contents What …
Read More 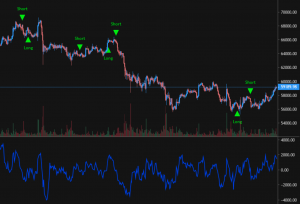 What is the Momentum Indicator and how to use it on Tuned?

Dale Brown December 17, 2021
In this article, we’ll be talking about the Momentum indicator.We’ll be exploring what it does, its common uses and how it can be applied to …
Read More

The No-Code Strategy Template by Tuned

admin August 19, 2021
Despite automated trading, markets are still largely driven by human participation. Those who pay close attention to the markets will see opportunities for profit using …
Read More